The weekend started with an early arriver, who flew in on Thursday from Albuquerque, New Mexico and joined the Sisters for evening prayer and supper.  After supper the two of us attended a presentation entitled Armor of Light at Dominican Center Marywood.  On Friday she helped me get last minute preparations for the weekend – setting up the Dominican Sisters ~ Grand Rapids banner, C&S Reserved signs, etc., while getting a quick tour of Marywood.  She even had time to take a quick tour to Aquinas College with Sister Doris Faber.

Friday night we met in the DCM chapel lobby for introductions, followed by Compline in the Meditation Chapel.  We even chanted the Salve Regina!  Afterwards we continued our conversations at Ratisbon with a late snack before retiring to our rooms.  The weekend offered the women time for prayer, study, recreation, story sharing, touring, and of course, getting to be around many of our Sisters at Marywood.  The presentations throughout the day were focused on the Four Dominican Pillars, which were presented by several of our Sisters – who live on and off campus.  The Sisters at Marywood were assigned seats at the table during the noon meal at Ratisbon, while Sisters living in the Grand Rapids area were invited to eat with the participants at Sunday’s brunch after Liturgy.  The women, as well as Sister Ann Mason and I, ate with the Sisters at Aquinata Hall on Saturday evening.  This gave the women an opportunity to meet and chat with several of our Sisters.

Saturday was a packed day, and I assumed they were probably tired.  I know I was!  …but it was a good day, and after night prayer we had an engaging conversation – in which I received some positive feedback about the day.  During my morning session we were already running behind schedule and did not get a chance to completely view a documentary DVD (entitled Sisters), and to my amazement, they chose to view it together (on their own) before they retired that evening.  Such energy!

We wrapped up the weekend on Sunday with a brief tour of Marywood Health Center, Morning Prayer and Liturgy with our Sisters and Sunday Assembly, followed by brunch.  Our participant from New Mexico had a later flight, so she spent some time with our Sisters at Aquinata Hall.

The weekend schedule was full, which included many conversations, presentations, laughter, recreation, prayer, Liturgy… and I owe the positive feedback to the prayer, participation and support of all our Sisters!

Below are some pictures of the weekend: 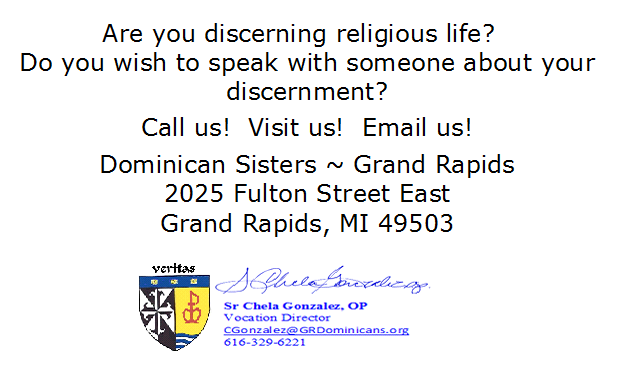 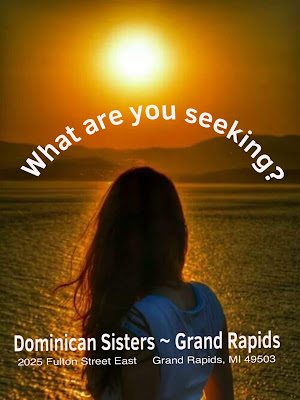